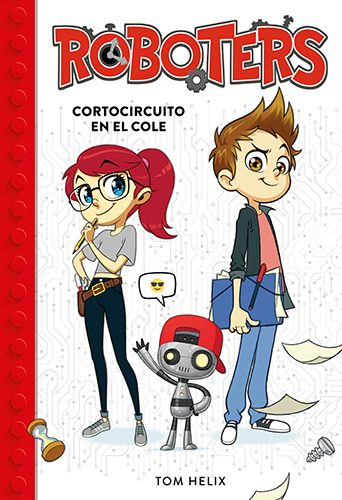 Robotters
A series with a high graphic charge for boys and girls who love robotics.
Hugo is a terrible student: he lives with his head in the clouds and only thinks about building things. When they send him to the feared Punishment Room he thinks it's the end for him, but there he meets Gala, a student who programs everything that falls into her hands, and the Professor, a young History Teacher who is watching over the room.

A short circuit in BR-41N, Gala's robot creation, sends them on a trip to the Middle Ages by mistake. The team is forcibly separated: Hugo is the blacksmith's new apprentice, Gala is sent with the maidservants, the Professor becomes second jester and the robot flees to the forest.

The new friends will have to turn the castle upside down in order to find one another again and get out of their Medieval adventure with flying colors. But things won't be easy for them in the present: one of the bullies who's a regular in the Punishment Room might discover their journey, and they'll have to do whatever they can to trick him.