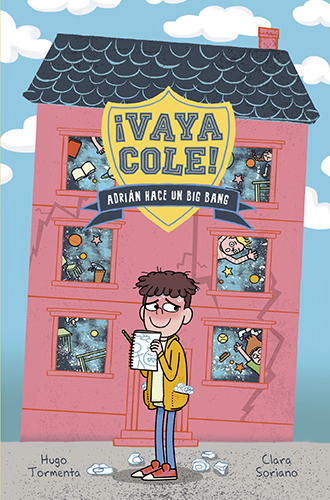 School Mayhem
Adrian, Blanca, Charlie, Daphne, Eric... No name starts with the same later, and each has a madcap story to tell. It's impossible to be bored in class 3-A, because the students come up with the most incredible adventures.
Adrian discovers a little hole beside his desk and starts stuffing into it all the papers and trash he can get his hands on. But the hole concentrates everything so much that it provokes a miniature Big Bang that turns the school inside out and brings even NASA out to investigate.
Since it was forbidden to swear in class, Blanca invented a funny new expression... but a misunderstanding resulted in a war with the school across the street and separated the city with a wall.
Anything could happen before the bell rings!