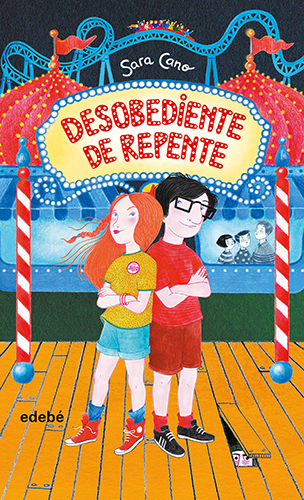 Sara Cano
After a brief stint as prime minister of Betulia, a tiny country, teenager Martha Chacras is now a (democratically chosen) student representative at her high school.
However, her responsibilities don?t end there, because her mother is the new prime minister and that means lots of protocolary stuff to deal with. Martha just wants everyone to let her be a fun-loving thirteen year old girl, but in order to defend that right she?s going to have to start a real revolution... And create an independent new country where adults are not allowed.
How will she end this mess?
The sequel to Surprise President, published in 4 languages!